Where to begin on this summer night in June? The NBA’s gone on its annual break and we don’t know if or when it will return. I’ve spent a decent part of the last few days reading through a mix of spiteful venom and corny fourth quarter jokes directed at LeBron James. I spent some more time seeing pictures of Dallas’s post-game celebration in the South Beach Miami clubs. This is our league now: The joys are documented on cell phone cameras and DeShawn Stevenson t-shirts while the lows go underground and are speculated against and attacked.

As I texted my buddy Hamilton earlier, we have the summer (and maybe beyond) for endless speculation and reflection. So I’ll start reflecting now before my memories fade into the abyss of an online archive.

I never, ever thought this Dallas team would win the title. Way, way back in April when we found out the playoff matchups, I saw Dallas vs. Portland and immediately circled it as an upset win for the Blazers. I didn’t do it just because I thought the Mavs were pussy soft—which I did think. I did it because as late as April 6th, the Mavs had gotten caught up in a four-game losing streak; two of those losses coming to the far-from-physical Golden State Warriors and their future first round opponent, Portland. A four-game losing streak is no microcosm of an 82-game season, but that losing streak at that time of year when Dallas was battling for a number-two seed was just one last bit of 2011 confirmation that this team didn’t play defense and couldn’t win when it mattered. The stats told a different story about their defense, but I’ll get to that shortly.

On top of the bad timing and my poorly constructed idea of this Dallas team’s identity, was their opponent: Portland. Despite the bad karma from the Darius Miles situation, these guys came together when Brandon Roy went down. On the increasingly large shoulders of LaMarcus Aldridge, the spiteful wiliness of Andre Miller, the stretchability of Marcus Camby and the late season sneak job addition of Gerald Wallace, the Blazers looked and felt like a team cresting into April. The way the Blazers consistently challenge the Lakers, there was a genuine sense of relief amongst Laker fans when Dallas won the series. 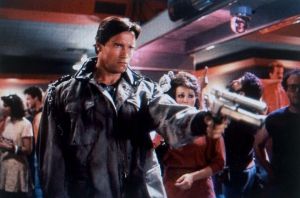 But goddamn, I was wrong and so were any Lakers fans who embraced a Mavs matchup in the second round. Dallas introduced us all to a cold steel resolution, that mettle you can’t buy at the store or even pray for (it wasn’t your time, right, LeBron?). Beneath the flesh of that Portland series, Dallas revealed what turned out to be their leader’s calling card: All-out assault. I wouldn’t go so far as to call it blitzkrieg in a 7-seconds or Less, Phoenix Suns style, but this team was unprejudiced Terminator-style attack. Portland, Los Angeles, OKC and Miami got it the same. After Portland though, it all came together—or maybe it was there all along and I missed it; overlooked, because I had already written it off because it looked like the same group Dallas trotted out every year—Dirk, Terry and Kidd. Dismissed it because if anything, the NBA is predictable and we don’t get late-career titles unless there’s a drastic shakeup. Look at the last thirty years of NBA champs and you won’t see anything that resembles Dirk or Dallas. Veteran teams that won titles did so with a major addition or by becoming new teams (Celtics becoming the Big 3, Lakers adding Gasol, Hakeem needing MJ to retire, the Admiral needing Duncan, the introduction of Magic and Bird, the unification of Shaq and Wade) or they went the wait-my-turn route (MJ, Isiah). (Side note—the only other non-traditional title team was the 2004 Detroit Pistons.) In the playoffs, the Mavs completed a pilgrimage they started way back in 2008 when they hired Rick Carlisle.

I’m not trying to say we should’ve expected this out of Dallas. In three of the last five years, this Mavs team lost in the first round (two times were to lower-seeded teams). When I was in Vegas a couple weeks ago, watching Miami plow through a shell-shocked Bulls team and seeing the Mavs fortifying themselves against a trial and error OKC squad, I kept insisting that you can’t change your identity over the course of a few series’. To some extent, we all are who we are and I was confident that Dallas would show that baby soft face soon enough. All previous evidence of this team and the league as a whole indicated they weren’t a championship team. I don’t think my primary point was wrong: the Mavs playoff team played exactly to their identity. I was wrong about that identity though—drastically wrong. Looking back at the stats over the course of the past season, it starts to make more sense that Dallas had been coming together. They finished 8th in the league in defensive rating (points allowed/hundred possessions) and 9th in opponent’s effective FG%. The improving defense (this was their best defensive rating since the 67-win team of 2006-07 and their best defense under Rick Carlisle) no doubt helped them rip off the following streaks during the regular season: 12 games, 10 games and 8 games. More than half of their wins were part of a streak. This team had stretches of 18-1 and 16-2—with no overlap. Aside from those two streaks where the Mavs combined to go 34-3, their record was 23-22.

They caught another streak in April and went 16-5 in the playoffs. Counting the four-game win streak to end the regular season, they finished 20-5. I was wrongfully defiant all the way to the end, expecting Miami’s cream to rise to the top, but in all ways Dallas was the dictator and forced the game on their terms whether it was in Miami or Dallas.

I mentioned above that Dallas looked the same—Jet, Dirk and Kidd. While their counterparts were given names pre-ordained for the lights—Bron, Wade and Bosh—they weren’t given the pieces Mark Cuban gave the Mavs. It took the whole crew, from Brian Cardinal’s pasty American impression of the Euro-flop to Tyson Chandler’s infectious positive enthusiasm to JJ Barea’s inconceivable drives to DeShawn’s Dirk-bolstered swag. Beyond the “it takes a village” vibe of the Mavs, the main components understood the utilization process. Trust, camaraderie, accountability, morale—all that awkward junko speak that corporations try to force—were embodied by this Dallas team and the result was the attainment of eternity.

Winning an NBA Championship (unless you do it in a strike-shortened season, Pop) is the only way to reach forever in the NBA. It might be some bullshit, but every black and white stat, every subjective award, every label, performance and reputation is up for debate and attack. Someone’s always trying to take a dump on Wilt scoring 100 points or averaging 50 points/game for an entire season. Someone else is disputing MVP awards (incredulously asking how Steve Nash has the same amount of MVPs as Shaq and Kobe) and there are even intelligent people claiming MJ wasn’t the greatest. It’s all fair game and there’s even a loophole to attacking players with rings. Jason Kidd’s ring with Dallas doesn’t carry the same luster as a title with the Nets would’ve carried. But for Dirk, oh the lovable, likable, indisputable grass roots feel-good story of the 2011 playoffs; for Dirk’s place in the history of the league, it’s the ultimate in accomplishments. It’s free from any asterisk, any qualifier, and any but. It’s free from dispute, completely pure and that’s rare in a sport and league where its followers are almost trained to argue and challenge every little thing with zest of religious scholars and interpreters.

Nothing else this season exists in the absolute world that Dirk Nowitzki’s and Dallas’s playoff performance does. They’re all alone as the eternal truth of the 2010-11 season.