How did we get here? (aka, a Lakers Chronicle)

The saga, the nightmare, the Dwightmare, the annoying story that mercilessly dominated NBA headlines for over a year, the Jason Voorhees of NBA rumors … it’s finally over; for now at least. The deal was consummated a week ago. Dwight Howard ends up in Los Angeles, Andre Iguodala in Denver, Andrew Bynum in Philly and Orlando gets a whole lot of spokes, but no axels. Us? We get much-deserved respite.

But all this hype and distraction got me wondering: How did we get here? And to answer that question, I went back to Wednesday, June 26th, 1996.  I was nothing but 15-years-old, likely surviving a hot Midwest summer in Des Moines. Impossible-to-predict twists and decisions led me from that summer day to a couch in Seattle where I sit writing this now. Equally strange turns have led to the Lakers building a squad that on June 26th, 1996 was impossible to imagine:

Kobe Bryant: After witnessing Kobe chew up Laker vets Michael Cooper and Larry Drew, Lakers GM Jerry West went all in (by “all in,” I’m referring to his effort not Vlade Divac; who he traded to get Kobe’s rights) to get the young Jedi master. The rest is basketball history. Like any 16-year relationship, there have been bumps along the road and breakup talk (do you even love me anymore?), but even if the spark burned out long ago, the marriage still makes too much sense. And so it is that Kobe has spent the duration of his 16 years with the same team and the majority of that time as the face of franchise. His journey to the current incarnation of the Lakers is less interesting than the rest of his teammates. The most interesting aspect of Kobe-to-the-Lakers is how agent Arn Tellem and Jerry West strong-armed the rest of the league out of drafting him—looking at you John Calipari.

Steve Nash: Two picks after Charlotte scooped up Kobe for Los Angeles, the Suns drafted a Canadian point guard who developed a knack for clutch play at Santa Clara University. The rookie Nash was not the swashbuckling, age-defying Canadian icon we know him as today. It took him several years, a visionary coach and a return to his second home in Phoenix to become the Nash so many people have fallen in love with: shaggy-haired, fearless competitor, ultimate giver and sympathetic superstar. Whether it’s the media, his opponents or fans, it seems like we all love Steve Nash. His resistance to bailing from a fading Suns franchise did nothing but endear him to us: “He’s so loyal!” Nash is no Jesus, but if he turned water to wine, I think people would just look at each other and say things like, “Well, it is Steve Nash,” then nod and move on to Anderson Cooper and dinner plans. Religious comparisons aside; after the Lakers-Suns battles of yore, the Lakers seem like the last team Nash would want anything to do with. But then, like thieves in the night, the Lakers, Suns owner Robert Sarver and Nash himself came to an agreement that had something to do with family and the pursuit of immortality. I don’t know if oaths were made or signatures signed in blood, but all of a sudden the two most-decorated members from the decorated class of ’96 were teaming up for what appears to be a final run at glory (potential book title there).

Dwight Howard: This guy. I’ve always had personal issues with how Dwight handles himself and it’s obvious that it’s my issue and not his. But this giant goofball, this part-time impersonator, this wannabe Shaq, this bane of Twitter’s existence somehow ended up on the Lakers last week. Dwight was just ten-years-old when Kobe joined the Lakers; a burgeoning athlete, he was just starting out on a path that would lead to him joining forces with Kobe and Steve Nash 16 years later. In the interim, he’s grown from that little boy with hoop dreams to a massive physical specimen; capable of lifting cars, dunking on 12-foot-hoops and a potpourri of other feats of athleticism and strength. When he finally became the Dwight we know today (this occurred at some point during his stay in Orlando), he revealed himself to be a playful joker who craves attention and pleasing people around him. This might be speculation, but over the past year where’s continually elbowed and sound-bit his way into the spotlight, we’ve learned a lot about the NBA’s best big man and it’s not all good. He made it clear he didn’t want to be in Orlando, then rescinded and professed loyalty, then demanded departure again. His love-affair with Brooklyn bordered on juvenile (“It’s my Brooklyn and I want it now!”) and exposed Dwight’s inability to understand NBA salary cap rules. It was always Brooklyn or bust for the big man and now that he’s landed on bust, it’ll be interesting to see how he settles in to his new town with his new friends. Kobe and Nash are a long way from Jameer Nelson and Jason Richardson.

Antawn Jamison: Oh sweet Antawn. When I think about Antawn Jamison, I picture those thick eyebrows lying above dark focused eyes, a head that was made to be cleanly shaven and game that consists of equal parts talent and equal parts hard hat mentality. I recall his Tar Heel partnership with the young Vince Carter and how he came out of nowhere (although this is mostly impossible given that he was on UNC’s squad) and dominated the ACC when it was the best college basketball conference in the world. As a productive non-superstar, he’s enjoyed (hopefully) being a sought-after commodity—the last piece on teams looking to get over the hump. And now he’s settling into what could be the final act of his oak solid career as the 6th Man on the Los Angeles Lakers. Back in ’96 when Kobe and Nash were being drafted, it was obvious he would end up in the league one day; it’s just tough to have envisioned him in this role at this time with these guys.

Metta World Peace, aka Ron Artest: Ron Ron was just 16-years-old when Kobe arrived in Lakerland. Based on the interviews he’s given and the backstory we know, he was conceivably roaming around Queensbridge ducking and dodging the scenes straight out of Mobb Deep and Nas. He made it out though and has had the most colorful voyage of all the current Lakers: Name changes, suspensions, therapists, elbows, brawls, rap albums and so much more shit that most of us probably can’t digest. That MWP made it to the Lakers actually seems more like a foot note than its own chapter in what’s just another pit stop on the unorthodox road of his biography.

Pau Gasol: Kobe’s longest-standing sidekick (unless you consider Mitch Kupchak as a Kobe-sidekick); Pau has been something of a whipping boy since he arrived in Los Angeles back in 2008. Whether it was KG and Perkins in the Finals or Kobe’s overused ice cold stares of disgust after Gasol failed (yet again!) to read Kobe’s mind; someone’s always got beef with Gasol’s heart and soul. It doesn’t matter that he was traded for his brother and a future murderer (allegedly). What matters is that Gasol is, and always has been, underappreciated. His name was kicked around in trade rumors like a deflated soccer ball and he was even traded to Houston in that bizarre Chris Paul deal (we still remember, Stern). But now that Bynum’s gone, it looks like Gasol can finally get the restful sleep and peaceful life he deserves.

I’ve always thought it begins and ends with Kobe, but Dwight changes all that. The future only ends darkly and you have to wonder how smoothly any Dwight Howard ascendance happens. Will Kobe pass the torch along with a smile and a sixth ring or will a triumvirate of Jim Buss, Mike Brown and Dwight pry it out of his arthritic fingers while simultaneously kicking him to foreign shores to wrap up his basketballing career? Or will the misery of all miseries come crashing down around us in waves of Dwight Howard free agent rumors? Pray for us all … 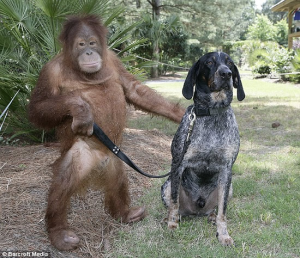