Keyon Dooling retired and it doesn’t leave much more than a footnote in the greater basketball history that rolls forward in freight train fashion, weighed down with players whose careers earned more inky and statistical significance than Dooling’s. I struggle with the meaning, with the place Dooling occupies in the evolving landscape. That he came of age around the same time as me is no trivial detail in my Dooling relations.

My memories of the combo-guard date back to the late 90s when I lived in Iowa and Key was just south at Mizzou. Was Norm Stewart still coaching? The Big 8 had just become the Big 12 and Dooling supposedly had hops, good dunker, strong athlete, but I never envisioned him as a pro. He didn’t have that pre-tragedy Ronnie Fields electricity and I struggle to get over the prejudices I hold towards 6’3” combo guards: What are you? I need definition like Dooling needed two more inches—although a lot of good it did his old Mizzou teammate, Kareem Rush. So Dooling escaped my simplistic ideas and did so for 12 long, hard years as a quality rotation guy on six different teams.

He etched himself into my memory at Missouri, but it was years later with the Orlando Magic that he finally revealed himself. Orlando was visiting the Sonics and I was seated in the upper deck somewhere in Key Arena, when a little friction occurred between Dooling and Ray Allen. I don’t recall if punches were thrown, but there were tackles, glares, posturing and I could feel the rising tension all the way up in my nosebleed seat. It was that uncomfortable fight or flight feeling, that deeply primal sensation most of us encounter as kids and try to avoid as adults. Then they were both gone; ejected and calm was restored. I later read Steve Francis’s post-game comments that “Ray didn’t want none of Key.” And whether it was more of a shot at Ray’s crisp, straight-laced image or a reference to some well-known reputation of Dooling’s, I’ll never know, but I chose to believe the latter. In a league full of posturing and fugazi, was Keyon Dooling one of the real ones, the genuine articles?

Whatever he was to the NBA, I’ll remember Keyon Dooling for his days at Missouri, his scrap with Ray Allen, his deep brown skin, a headband wrapped around his close-cropped hair, glaring eyes, scrunched up scowling face and an oddball jersey number like 55 or 51. 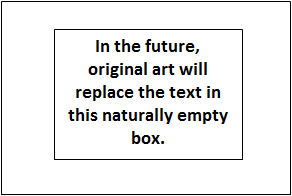