The Courts are Alive (Playoff Edition)

What a night. What a fucking night for the NBA, for the game of basketball, for Nate Robinson, Steph Curry and Manu Ginobili. What a night for Twitter and the screaming woman at the Spurs game. What didn’t happen? Game ones of the second round: Bulls @ Heat in the early game and Warriors @ Spurs in the later game.

The Heat were 11.5-point favorites and for good reason. Coming into tonight, Miami was 39-4 at home (counting playoffs) and was mostly healthy with the exception of Dwyane Wade’s nagging knee injury. We all know about the Bulls: Kirk Hinrich’s out with a calf injury, Luol Deng’s dealing with fallout from a spinal tap gone wrong and we’re all depleted from the media throwing Derrick Rose on repeat and forcing us to listen over and over. So the Bulls rolled out Nate Robinson, Marco Belinelli, Jimmy Butler, Joakim Noah and Carlos Boozer. They did everything. Every damn thing you could ask for from a group of rejects (Robinson and Belinelli), outcasts (Noah), overlooked (Butler) and scorned (Boozer) players.

Down the stretch of this game, with Noah compulsively hustling and diving, scowling at opponents and teammates alike with long tendrils of hair stuck to his sweaty face, the Bulls stared up at a slight fourth quarter deficit of four points; but if felt like a Miami’s game all the way. How many times this season have we seen the Heat cruise through three quarters against lesser-talented teams only to turn up the intensity late in the game and walk away with easy victories. And when Jimmy Butler, all 6’7” and 220lbs of chiseled Jimmy Butler, attempted to wrap up LeBron on a fast break, but was overpowered by Bron’s lefty layup, I was impressed and relaxed, thinking Miami was just closing out another victory against another helpless victim. But I was oh-so-fortunately wrong and had no idea what was about to happen. The Bulls hit three threes (two by Belinelli and one by Butler) in the final five minutes, they shot 9-10 from the line and they frustrated the defending champions into missing all five of their shots in the final 97-seconds of the game. Somehow, the Bulls went down to the hardly hostile American Airlines Arena and beat the Heat 93-86 including a 35-24 fourth quarter.

For all that happened (Nate Robinson) and didn’t happen (Miami scoring points—they had their lowest point total since an 86-67 victory over these same Bulls on 2/21), what stood out most to me was Dwyane Wade’s irrationally selfish decision, coming out of a timeout, to chuck up a contested three at the 1:07 mark of the 4th quarter with his team down two points. On so many levels this was a bad shot. Many of us have become accustomed to the “hero ball” or “toilet bowl” offense where we get Paul Pierce or Kobe or Melo pounding the air out of the ball followed by a contested three. We all know it’s a bad shot, but there’s a level of latitude for the players I just mentioned. And Wade’s earned plenty of latitude in his career as well, but not enough to pull the shit he pulled on Monday night. Miami couldn’t have possibly drawn up the Wade-from-the-top-of-the-key special, could they have? Let’s look at some Dwyane Wade stats:

I’m elated for the Bulls. It feels good and I don’t want to take away from their resilient victory, but I can’t get over Wade’s three; just a baffling, baffling shot.

It took a while to get over that first game. There was a sense of low-level adrenaline running through my body after the Bulls withstood the Heat’s meager comeback attempts. But during the NBA playoffs, there’s no time for dwelling on the past. I opened my celebratory beers and was pleasantly surprised seeing the Warriors confident and comfortable on the Spurs home court. Up four at the half in the AT&T Center? Well yes, yes of course.

All hell broke loose in the third though. Steph Curry started raining fire from the skies like a light-skinned basketball-playing Zeus firing bolts into the round cylinder. The Spurs crowd cringed with every blow, flinched at every shot release. At one point, the camera showed Gregg Popovich standing still, his eyes closed, his head hung down, but far from out. He looked like he was attempting to visualize the solution to this problem and for a split second I imagined Popovich taking the law into his hands Tanya Harding style and whacking Curry’s knee with a baton of sorts. We both snapped out of it though and after a patented succession of Warriors mistakes to end the third quarter, the dust had settled and Curry’s third looked like this:

There was a sense, I think, in many of us who had been here before, who had sat through the Warriors’ near collapse on Thursday night in game six against the Nuggets, that trouble loomed ahead, that all the Curry-fueled momentum in the world wasn’t going to make this any easier. And it wasn’t. The Spurs used every ounce of savvy and veteran poise and whatever other cliché you want to dress them up with to outscore the Warriors 26-14 in the fourth quarter.

The Curry third quarter, the Spurs comeback; it all evolved or devolved into some kind of brilliant basketball game that etched itself deeper into our minds and stomachs, intertwining itself within the gray matter of our brains and the slimy coils of our intestines. Harrison Barnes, Draymond Green, Kent Bazemore, Andrew Bogut, Steph Curry, Jarrett Jack … a professionally-trained youth movement apparently oblivious to the fear that rides shotgun on their road to fate. On the opposite side, it was the familiar faces that have stalked the league so patiently with their secretive wisdom and insider humor: Pop, Tony Parker, Manu Ginobili, Tim Duncan and a strange cast of characters that plug into roles that feel tailor made: Boris Diaw, Kawhi Leonard, Danny Green. They came and they came and they came. The old men with their flu bugs and bald spots and interchangeable pieces; a group of calm Texans embodying the same ethos of the Bulls. And somehow, after being down 18 points in the third quarter, the Spurs won in double overtime. Do you believe in Boris Diaw corner threes or nights where Manu Ginobili shoots 5-20, but hits the one that really matters? Fuck man, I don’t know, but I saw it happen.

Some notable items from this insane game in San Antonio in May:

There were heroes on both teams. Ginobili, Parker and Curry were special tonight, but in the thick history making moments, Diaw’s hand never shook. He played intelligent, confident basketball and is a big reason the Spurs are up 1-0 in this series.

I’ll close this with a line from Jim Morrison that embodies unknowing excitement of tonight and hopefully the days to come: I don’t know what’s gonna happen man, but I wanna have my kicks before the whole shithouse goes up in flames…Alright! 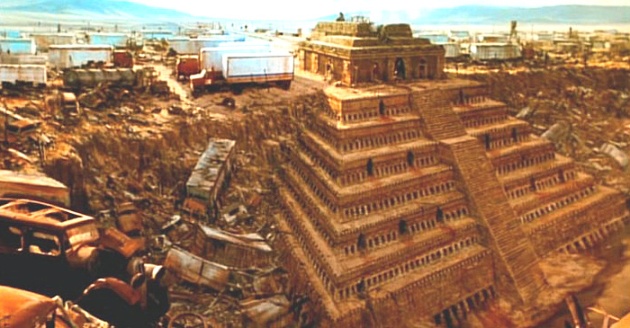 One response to “The Courts are Alive (Playoff Edition)”