Sunday to Monday Thoughts on Basketball #2

Week number two of the Sunday to Monday notes and the NCAA marches through its first week of mediocre, but riveting basketball. The NBA knows no breaks, unless you’re suffering through the spring swoons of Indiana (7-6 in March) and Miami (6-7). So while the “amateur” darlings (Jabari, Wiggins, Smart, McDermott) take March Madness dives, the NBA’s not ready to go fishing just yet.

Jefferson was the Celtics teenager who asked Gary Payton why Lakers banners hung in the Clippers’ arena — “You really don’t know they play in the same place!” Payton howled.

Davis’s true shooting is ~59% which places him just outside of the league’s top-20. I wanted to compare his shooting range to other players on that 21-10-2.5 list, but the only comparable player whose shooting stats were available on BBR was Tim Duncan. I looked at Duncan’s career distance shooting and where Duncan, with all his touch, has shot ~83% of his FGAs since 2000-01 between 0-16 feet, just 15% have come beyond that range – with a significant uptick in his later years. Davis, in his 2nd year in the league, is shooting ~20% of his shots from 16-ft or deeper, but is shooting ~38% this season compared to Duncan’s career mark of ~41%. In addition to his around the rim savvy, Davis has a range that even in this era of stretch fours is enviable. To paraphrase Ralph Waldo Emerson … we greet you at the beginning of a great career ….. 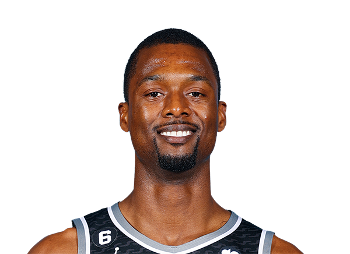 Blame Harrison, blame the scouts, blame yourself … just exercise your right to blame.

DeAndre Kane is the 24-year-old Mr. Do it All for the Iowa State Cyclones. He also happens to be older than 5-year pro James Harden:

DeAndre Kane is older than James Harden, who is in his fifth season in the NBA.