Born in Khartoum, Sudan, moved to Cairo, Egypt after his former NBA-playing father, Manute Bol, refused to convert to Islam and was accused of being a spy; before eventually landing in Connecticut as political or religious refugees (depending on the source) and finally relocating in Olathe, Kansas in 2006, 7-3 NBA prospect Bol Bol has been perpetually moving since birth. After attending two high schools in Kansas, he went west: first to Santa Ana by way of Mater Dei, and then Henderson, Nevada by way of Findlay Prep. As a human, as an adolescent, moving around creates its own interruptions. As a basketball player? It likely introduces obstacles to consistent learning and development; it likely places artificial ceilings at levels they may not otherwise exist.

Bol’s game is nothing if not unorthodox. That’s somewhat to be expected when you’re an ultra-slender 7-3 teen with high hips and long arms. It’s to be expected when your father’s shot form resembled what one would expect from an alien sea creature. And it’s definitely not a surprise when the prospect in question attended four high schools in four years and spent barely a semester in his pitstop at the University of Oregon.

Sudan to NBA by way of many basketball teams

Bol’s travels can be tracked here: from two Kansas high schools to Mater Dei in California, then Findlay Prep in Nevada. It’s not rare for top high school players to bounce around from school to school, but given Bol’s unique playing style and inconsistent effort (more on that), it feels more relevant than it might otherwise. While there have likely been a smattering of consistent figures in Bol’s basketball life (the elder Bol passed in 2010 when Bol just 10-years-old), the never-ceasing whirlwind in search of something (A basketball home? Opportunity? Cinderella’s high-top?) has to have stunted his development in more ways than one.

It’s this stunting alongside his rare skill-size combination that makes Bol compelling and I can’t consider one without the other.

The first time I settled in to watch Bol, the announcers were questioning his attitude and effort. This theme hasn’t quite abated as after an exhibition game in early November, Oregon coach Dana Altman said of Bol, “He’s got to play a lot harder … He coasts a lot. But he’s getting better. He’s working at it. He’s going to be a work-in-progress all year but there’s a lot more that he can do.”

In the games I’ve watched of Bol’s since early 2018, his effort, conditioning, and general preparedness ebbed and flowed, but not remarkably more than I’d expect for a maturing young person. In a handful of Oregon games, his weaknesses were much less effort-based and more rooted in defensive technique and strength. This is mostly reckless speculation as I’m not a medical professional, but in my limited experience watching Bol, I’ve seen him fatigue easily (at Findlay), cramp up (against Iowa), and now suffer a stress fracture. His durability is a minor, but potential concern as the NBA’s 82-game season against physically developed men is a leap from Bol’s previous experiences. In the quote above, Coach Altman talked about Bol being a “work-in-progress” and upon his signing, said, “Our job is to get him here in the summer and to help him grow as a person.” This repeated emphasis on Bol’s development makes his departure from Oregon’s program worrisome. Despite the completely valid concerns, in his abbreviated, Kyrie Irving-esque, stint at Oregon, Bol was statistically devastating averaging 21-points, over 9 rebounds, and just under 3 blocks in his 9 games. According to Sports-Reference.com’s database, since 1993, it’s been done less than 20 times and never by a freshman. He walks away from college basketball with a 63% true shooting rate and a block rate north of 12%. Despite the Ducks’ struggles in his nine games, Bol was remarkably impactful.

In Bol’s case, stats articulate his uniqueness, but don’t do his game justice. I don’t believe I’ve ever seen a player his height run as smoothly or gracefully as he does. Against Iowa back in November, I was mesmerized by how he glided down the court on light feet with long strides. He’s nimble as an athlete and unlike most humans this big, he’s agile. While on-the-ball perimeter defense is a weakness, he’s capable of sitting low in a defensive stance which makes me think there’s potential lurking somewhere inside. Unfortunately, when it comes to lateral movement while in a stance, he’s either unwilling, unable or just too slow to react.

The defensive question marks don’t end with his lack of lateral movement. Bol’s closeouts essentially resort in a matador’s ole with even slow-footed opponents easily beating him off the dribble. Given his length, it’s a confounding as to why he doesn’t more frequently put up a hand to contest on the catch and give himself a bigger cushion to guard against the drive. This type of minor adjustment is where one can imagine repeated and consistent coaching drilling in new habits where bad ones exist today. And it’s also why I believe he has a high defensive ceiling. Bol’s most consistent and reliable strength is his ability to protect the rim. Even if by accident, just his presence, just being there, is something opponents are aware of and adjust to. Sometimes he blocks shots and sometimes he doesn’t, but if he’s in the vicinity, at both the collegiate and high school levels, he’s a deterrent. This may elicit a “duh” from some readers or watchers, but there are plenty of tall people who don’t share this presence. It’s not simply that Bol is tall and long, it’s that he’s agile and willing – around the rim at least.

Whether he plays the four or five in the NBA, strength will be a challenge. One of the first games I saw him in high school, he was easily rooted out of position by a kid about 6-2. Unless he sits his butt and hips low on box outs or defending the post, shorter, stronger players will be able to knock him off balance or position. Against Montverde’s RJ Barrett, the two blue chippers collided and it was only Bol who was knocked backwards. He doesn’t have enough mass to absorb that kind of contact and savvier pros will try to nullify his length by attacking straight into his chest.

I’m fascinated by Bol on the offensive end. He seemed to improve and his role evolved over the short course of his nine games in Eugene. After starting out making 2 of his first 6 3-point attempts, he shot 58% on 19 attempts in the following five games. His form looks improved, both quicker and more fluid than in high school, with range that extends to the NBA line. If the 3-point shooting is real (it looks like it is, though probably not as efficient as he shot it in college), it will be his great differentiator. Similar to his grace in motion, Bol has soft hands and innate touch. It’s not limited to his jumper, but carries into the mid-range and around the rim. In high school, he seemed to settle more for pull-up jumpers off the dribble or more inefficient east-west dribble dancing forays. At Oregon, he was more decisive, attacking north-south and forcing less pull-ups. He still loves to attack off the dribble and against true fives, particularly at NCAA level, he easily beats opponents. While this likely translates against bulkier, slow-footed NBA fours and fives, it’ll be more difficult against the more versatile bigs. Where I’d like to see him evolve is in the variability of his attacks off the catch. He’ll mix in the occasional closeout attack, but given his potential as a shooter with his high level handle, he should be able to attack more frequently before the defender is set. What he does from that attack is another story. He really has three options off the dribble: the pull-up, the rim drive, or the pass:

Bol’s touch is most evident around the rim. His footwork is basic and he has two moves, that’s it: if he turns to the right shoulder, he’s shooting a turnaround or, if he’s close enough, he’ll reach out and dunk or toss it in. If he turns left shoulder, it’s absolutely a jump hook, a shot he shoots with accuracy, touch, and has range well beyond the charge circle. Developing at least a single counter move for each shoulder would immediately add to his versatility.

Of less concern for a 19-year-old is his screen setting which is, for all intents and purpose, non-existent. Rather than seeking out contact or seeking to force a defender, Bol still goes through the motions and fools no one – least of all the defenders. He doesn’t roll with any frequency and when he does there’s no intensity or purpose. He’s more likely to mimic a screen and then drift to the arc.

I’m probably higher on Bol Bol than most based on what I view as a boundaryless ceiling. The feel, shooting, length, size, and athleticism make me think he has the potential to be a special player. Alas, the gap between where Bol is today and where he could be coupled with his turnstyling defense and history of questionable effort reduce my confidence in his long-term improvement. He can be a 20 and 10 NBA player and struggle to impact games. The proof won’t be in the numbers, but the effort and execution. What does Bol Bol become in a world of stability? Are his bad habits replaced with efficiency or consistency? Is stability even attainable in a world you spend months at a time on chartered flights with late nights and ice baths and the Steven Adamses of the world kicking you in your narrow ass? There’s a sad distance in Bol’s deep set eyes. I can feel it in his lack of expressiveness, in his words about his father, in the transience of his basketball life. The NBA, for all the hopes and dreams placed on its attainment, doesn’t seem like a place for healing. Good luck, young Bol. 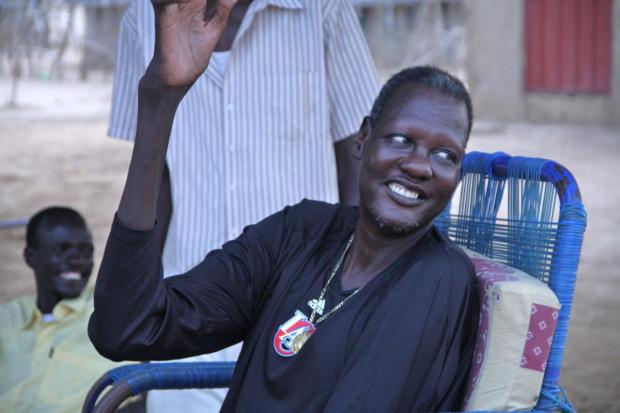