30 and 10 with no Turnovers; the NBA’s answer to The Maddux?

Aside from being wholly arbitrary and comforting with its round numbers, the 30-point, 10-assist, 0-turnover game is an indelible mark of pro basketball efficiency. Its achievers clearly shoulder the weight of an entire offense, acting as both elite scorer and distributor while taking care to not give away precious possessions. At this early time in the 2016-17 season, James Harden is trekking towards NBA infamy with a turnover-per-game ratio north of 5 which makes his induction into the 30-10-0 club on November 19th, 2016 all the more unexpected, but also all the more possible given his nightly responsibility.

Major League Baseball has an informal mark of master class in starting pitching referred to as “The Maddux,” in honor of Hall-of-Famer Greg Maddux who was known for his ultra-efficiency on the mound. The Maddux is a complete game shutout while throwing under 100 pitches. Not surprisingly, Maddux was the master of The Maddux. He accumulated 13 such performances over 740 career starts – just under 2% of all starts. The next closest pitcher is Zane Smith with 7 Madduxes. Since 1988 when pitch counts were regularly tracked, blogger/writer Jason Lukehart writes that there have been over 300 Madduxes thrown by 190 different pitchers – or roughly 11-per-season.

While it’s nothing near an apples-to-apples comparison, the 30-10-0 club has the feel of a Maddux in its combination of efficiency mixed with excellence. Our dear Player Index resource over at Basketball-Reference tells us that since the 1983-84 season, the 30-10-0 has been accomplished 46 times by 39 different players; or less than 1.5 times-per-season. Given the time constraints and lack of turnover numbers available for historical players, it’s safe to assume 30-10 luminaries like Nate Archibald and Oscar Robertson are grandfathers of the stat, but we’ll just have to move forward with our Reagan-era players.

My own guesses went the way of Chris Paul, or Magic Johnson, Larry Bird, or Steve Nash. I wasn’t prepared for Stephon Marbury. Maybe it shouldn’t be a shock as the Coney Island Starchild had a 7-season stretch where he averaged roughly 22-points and 8-assists with 3-turnovers, but I was shocked anyway. Here are the top 30-10-0s: 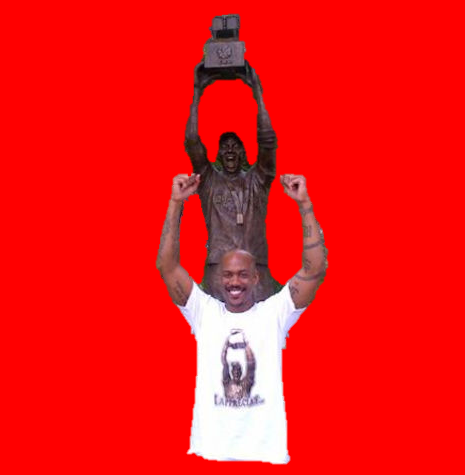 Zero turnovers isn’t some ultimate mark of perfection in basketball anymore than differentiating between 99 pitches and 100 pitches is in baseball, but it’s a hell of a benchmark. Coupled with the points and assists, it’s also a good indicator of team success. In the 46 games we’ve seen the 30-10-0, teams featuring said players are 40-6, winning 87% of their games.

There’s no great takeaway other than acknowledging that something extremely rare and unlikely occurred this past Saturday. History is full of these little untold truths that lie waiting to be discovered through the accomplishments of the present. Alex English going for 46-10-0 while shooting 76% from the field? Larry Bird hanging 46-10-0 on the Magic as a hobbled 33-year-old? Or even Baron Davis’s 33-14rebound-10-0 effort in the playoffs back in 2002? These are masterpieces trapped in the memories of fans and beneath the dust of the archives. If Zane Smith can be Greg Maddux for a night, then even Stephen Jackson can be Larry Bird.