King Me at the end of November

It’s December now and the new season is nearly a quarter of the way done with the Golden State’s Warriors stealing the show then having their own show improbably stolen by power-mad Kobe Bryant enabled and emboldened by an out-of-touch cuckoo coach. Everything else except the Zinger is on the NBA periphery, except that it’s not. I take it all back except the part about Kobe; shit’s gone mad and he’s basking in the madness dropping fortune cookie knowledge in post-game pressers. Let’s peel back the layers of the headlines though and see what kind of historic non-headline-snatching are blessing this early season (all stats thru 11/30): 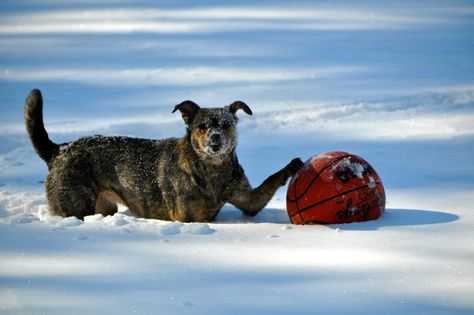 Nearly 20 games into the season, we’re finally free from the “small sample size” qualifier that comes attached to early season wonders. We’ll still see what’s likely to be regression to the mean like Dirk’s three-point percentage sliding from 53% to 46% over a five-game span. But the trends above are worth monitoring and at the end of each month I’ll check back in to see how these guys (and others) are progressing relative to history. Onward to the winter, you kings.

Melo greets Kristaps at the beginning of a great career

It’s a new season and that means a first edition of the Guess I’m Strange series wherein I track down some completely random oddball stat line like Ricky Rubio’s opening night 28-point, 14-assist, 1-turnover on 58% shooting and attempt to contextualize the feat form a historical perspective.

It seems fitting that on what is the real deal opening night of the 2015-16 season, our first admission to this longstanding (three years and counting – seems eternal in blog years) feature is from a rookie. But not just any run of the mill, taller-than-average NBA rookie, but a gangly 7’3” 20-year-old from the Baltic coastal country of Latvia, a country with a population a quarter the size of said rookie’s new home in New York City. Kristaps Porzingis, aka the Zinger, all swinging arms, legs, and elongated torso with an Ivan Drago-lite styled haircut arrived and made his debut in Milwaukee of all places; a brew-town in the upper Midwest that bears no resemblance to NYC which makes one wonder how in the hell young Kristaps is processing this all this Americana.

There are sayings about first impressions and maybe someone once tried to sell men’s cologne or deodorant based around the importance of first impressions and how you only get one chance to make one. Attempted truisms as such hold little weight at this blog, but since we’re talking about it, the first NBA action I saw this “precocious neophyte” (all praise due to Walt Frazier) partake in was having a loose ball rebound snatched away from his gangly paws by bearded and weathered semi-vet Greg Monroe. It was like some kind of flag bearing American brute stealing Latvian cupcakes from a skinny baby – a frightening thought for all of us, particularly the skinny baby thing.

First impressions be damned and flushed down toilets with water swirling both clockwise and counterclockwise. In the land of Lew Alcindor (keep in mind, in the Dancing with Noah mock draft, I compared Zinger’s string bean build to a young Alcindor), the lanky Latvian was determined and aggressive in seeking his own shots while donning the flowing New York Knick blue shorts and shirt which gave the appearance of rivers of copious fabric rolling on his lean frame.

The Zinger’s aggressiveness would soon be rewarded by the law; in this case NBA officials. In 24 minutes of play, he went to the line 12 times and made nine. When the final buzzer sounded, his line read 16 points, five rebounds, a plus/minus of plus-one and a Knicks road victory against a playoff team – and least importantly, a spot in DWN folklore for being statistically unique, statistically strange.

Once plugging the criteria into Basketball-reference.com’s wonderful game finder database, an astonishingly short list of matches were returned: four players (other than Zinger) since the 1963-64 season have taken 12 free throws in their NBA debuts:

Before we get into the illustrious company the Zinger keeps, how about that debut from Odom? At the time, he was only 19-years-old, making his NBA debut alongside a cast of quixotic characters with the Clippers that far exceeds the Zinger’s experience in weird New York. But to open a career with 30 and 12, 15 trips to the line in a whopping 44 minutes is the stuff greatness is built on. Beyond the Odom gem, how about David Robinson and Isiah Thomas? Please don’t hurt us, Zinger.

This is the ultimate in small sample size theater, but it’s theater nonetheless and the 7’3” debutant playing the four, facing up, getting his jumper at will in a way in Kevin Durant can relate to and of course, working his way to the charity stripe 12 times is beautiful, promising start. To paraphrase Ralph Waldo Emerson’s legendary letter to Walt Whitman in which he wrote, “I greet you at the beginning of a great career,” the Zinger similarly received great praise from the face of his own franchise as Melo said, “you couldn’t ask for more than that.”