Ohh, Malik Sealy. Black skinned with occasionally unkempt hair, pride of the Bronx with lanky arms dangling. 6’8” with wiry muscles that stretched across the wings of the court. Built like a skinnier, darker Scottie Pippen. I know him as much for his city roots, for his St. Johns tenure as I do for his pro game. He was pure NYC like Felipe Lopez, Chris Mullin, Mark Jackson and Johnnies orange of the Lou Carnesecca days. He was Bronx-born, St. Johns raised and Minnesota died. I can’t expand on his basketball career without acknowledging that he was killed at 30 in car wreck in Minnesota of all places – a world away from the borough that raised him.

His pro journey was a split between the sun-faded highways of Los Angeles as a Clipper and a trans-Midwestern expedition with stops in Indiana, Detroit, and finally Minnesota. He was a mediocre shooter from distance who started less than half of his games as a pro. He was a steady pro of the supporting variety, a glue guy who averaged a hair over 10ppg for his career. When I think of a comparable modern-day player, it’s coincidence that another Minnesota player comes to mind. Corey Brewer is similarly productive, but with a completely different style and set of histrionics.

But as I’ve written this, I struggle to separate Sealy’s life from his tragic death. It’s an unfair memory that taints what would ideally be a fond, lighthearted memory with a few softball jokes. But what’s there to joke about when a 30-year-old man had his life taken by a drunk driver? 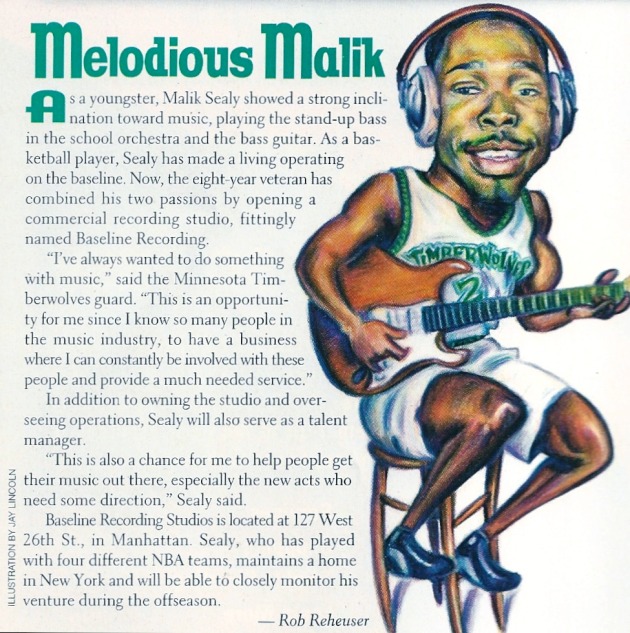